When movie theaters closed during the pandemic, we were unable to present our annual New York Greek Film Expo as usual. Rather than cancel our popular event, which Greek film fans look forward to all year, we took our film festival online. We presented Greek Film Expo on Demand, an 11-day event, the first ever virtual Greek film festival in the US. Our robust programming included 10 feature films, six film shorts, a series of webinars on filmmaking, and live interviews with directors.

ADULTS IN THE ROOM
ΕΝΗΛΙΚΟΙ ΣΤΟ ΔΩΜΑΤΙΟ
Directed by Costa-Gavras 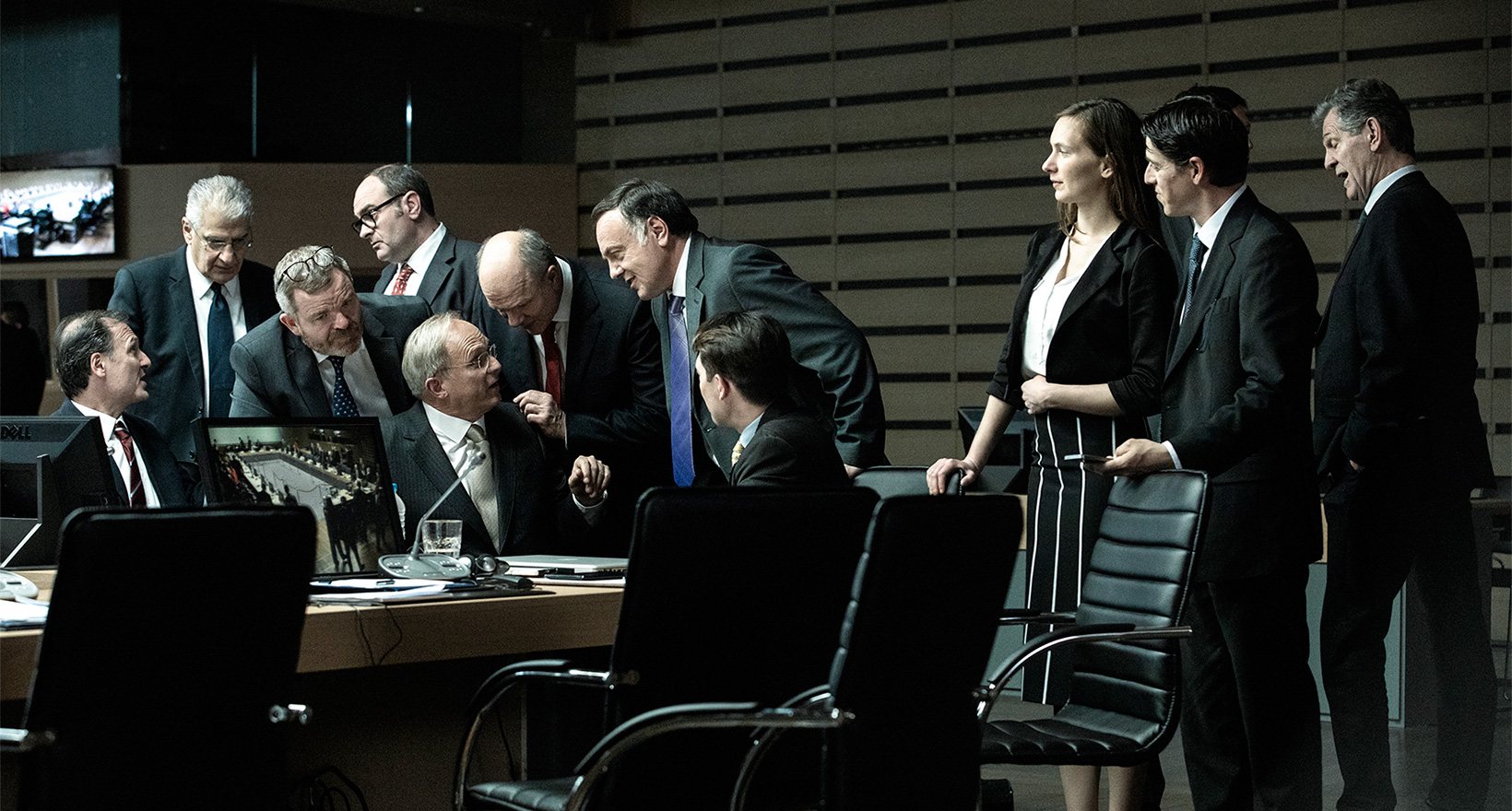 This riveting political drama focuses on Greece’s finance minister as he confronts the European ruling establishment in an attempt to negotiate a deal on his country’s financial bailouts and, in the process, prevent economic austerity. From board rooms to back rooms, master filmmaker Costa-Gavras deftly exposes the arrogance and hypocrisy of the political elite.

Followed by a special message from actor Alexandros Bourdoumis

This film is in multiple languages with English subtitles 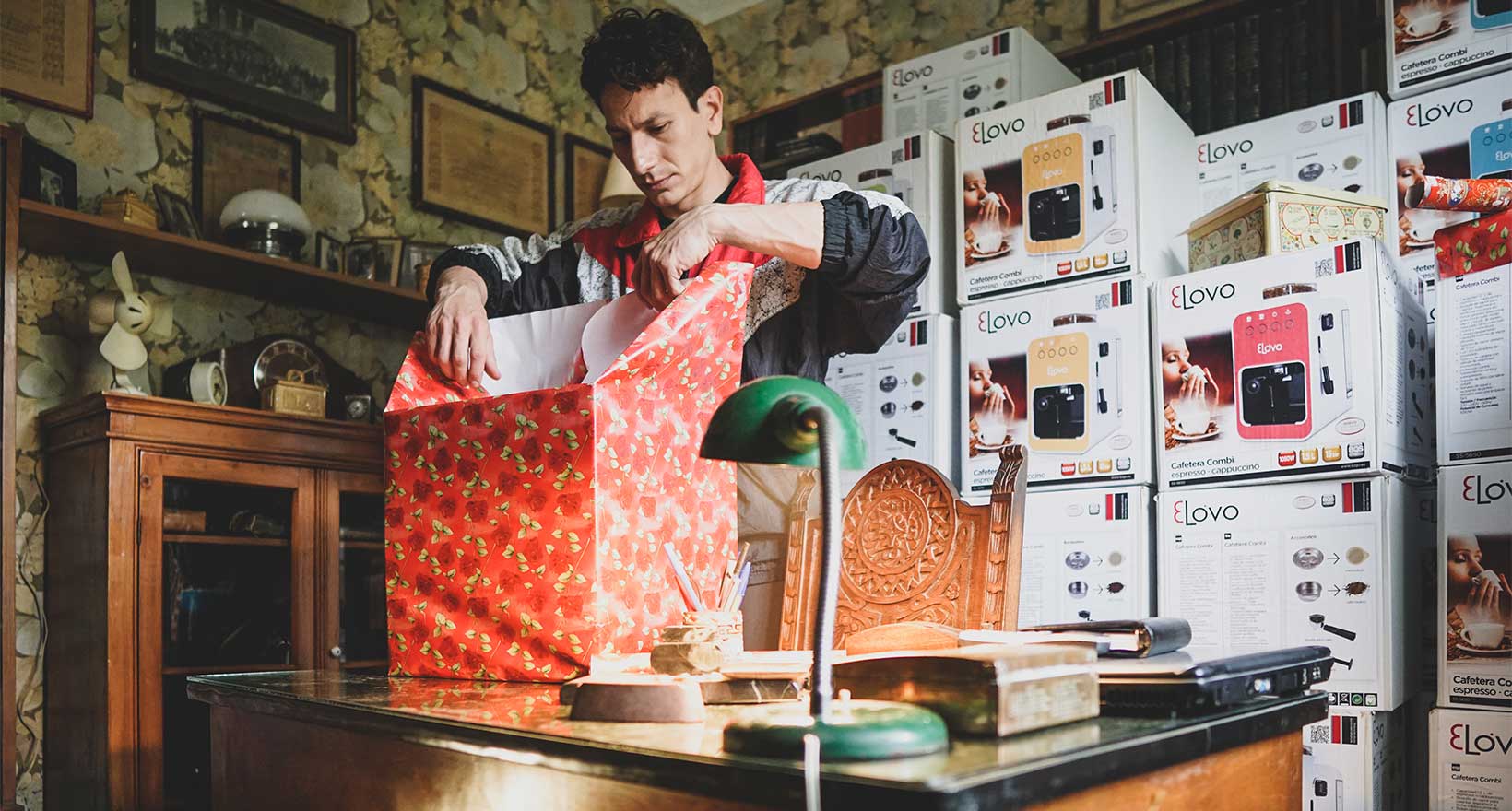 Aris, a failed young businessman, leaves his yuppie downtown lifestyle behind and moves into his late grandfather’s house in Papagou, the quiet, ultra-conservative Athens suburb of Army retirees. Settling in and attempting to reboot his business, he befriends an elderly neighbor, a comrade of his grandfather. Before long, Aris discovers a family secret that will forever change the way he looks at life.

A refugee family finds itself in a dilemma when faced with a gut-wrenching decision. 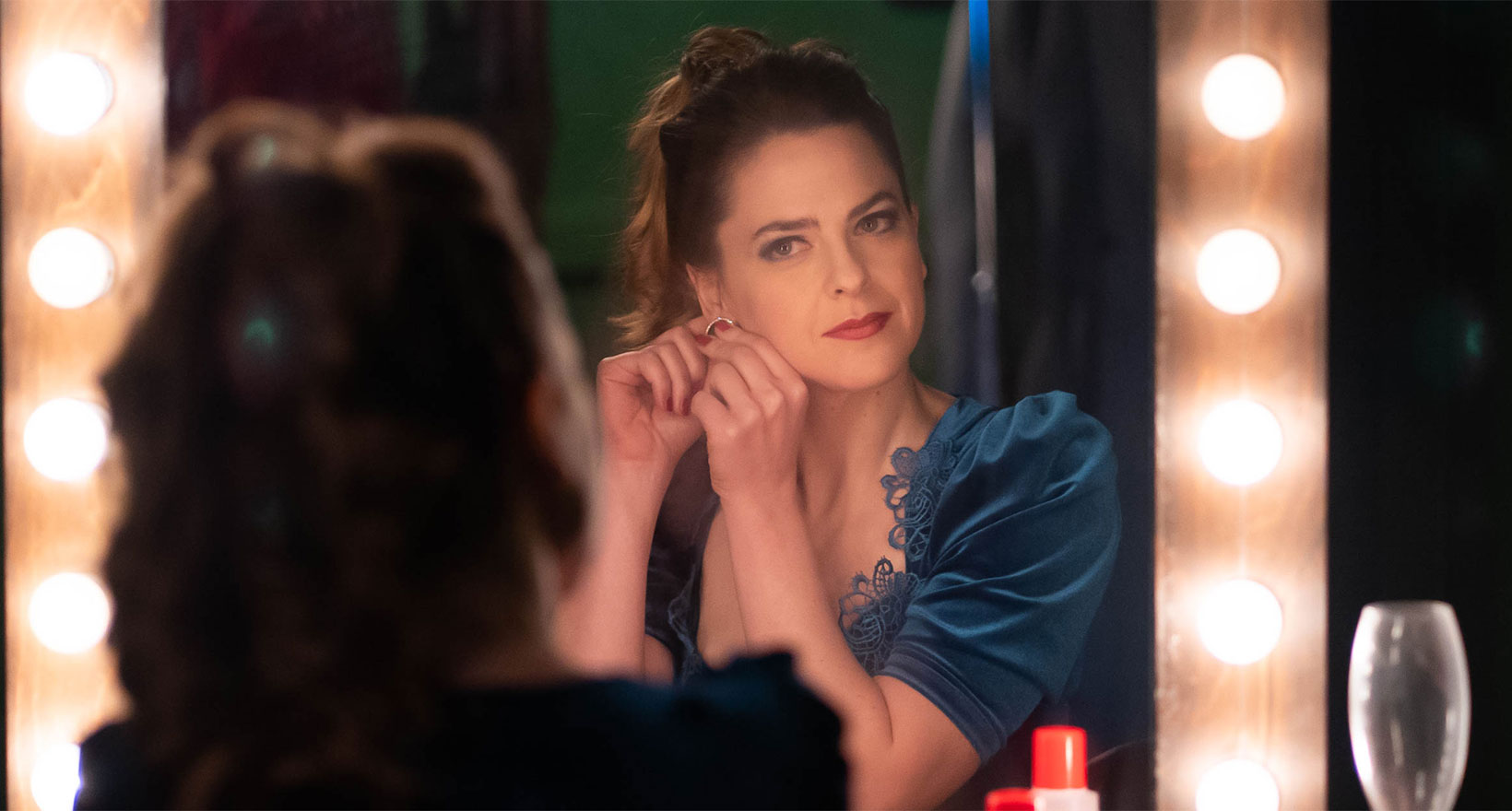 This musical drama captures the sometimes-seedy atmosphere of the 1990s night club scene as it follows a talented young singer’s rise to stardom. As her popularity grows, her personal life is shattered, due mostly to the machinations of her elderly jealous mentor, a man she naively trusts.

Followed by a special message from actress Rena Morfi 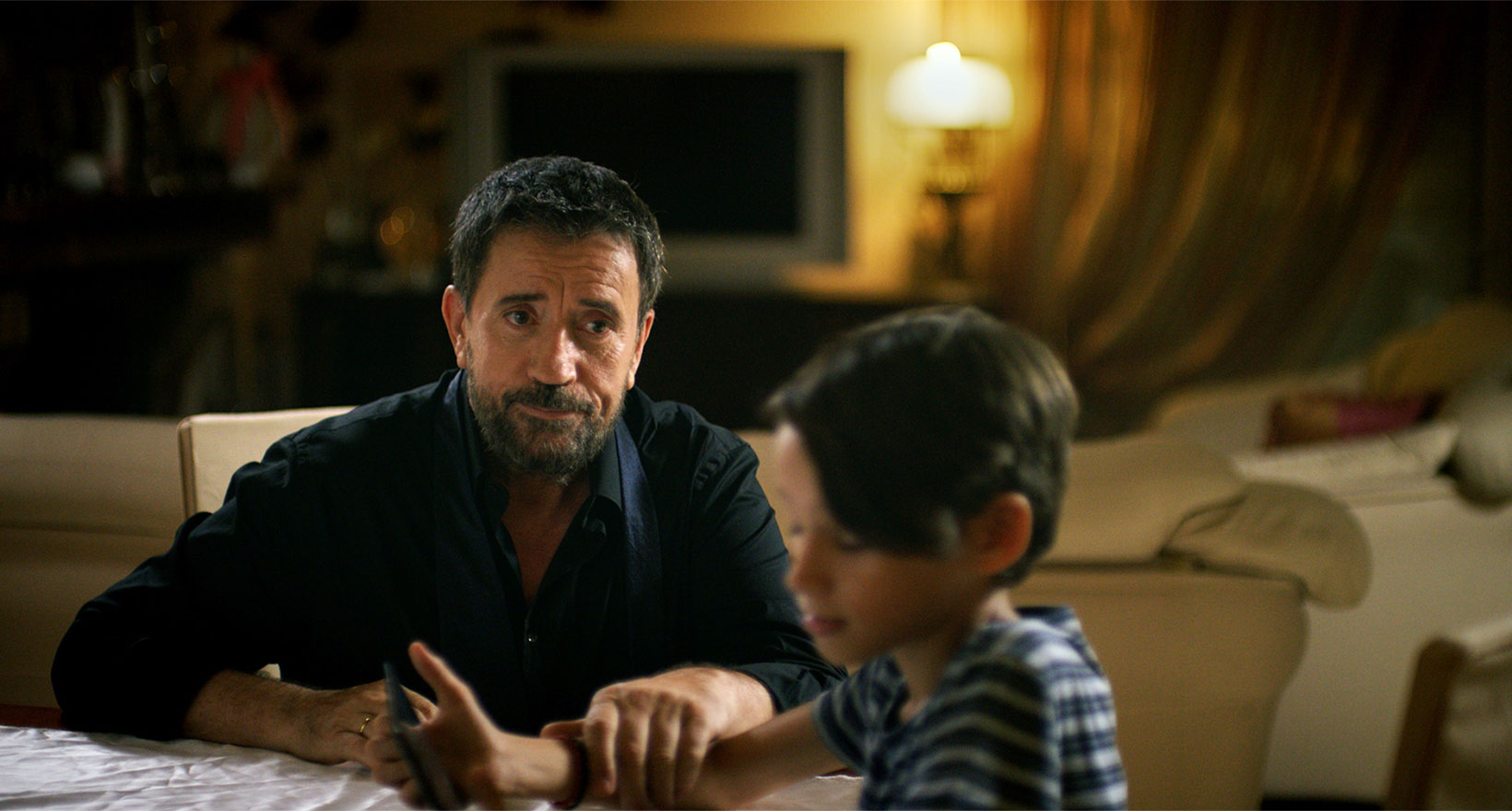 Two estranged brothers, one a successful television personality and the other a cab driver struggling to pay his bills, reunite at a difficult time in their lives. The power of brotherly love helps them overcome their differences and guides them as they confront crucial life issues. This unassuming, heartfelt bittersweet comedy continues to charm audiences everywhere it plays.

A park bench by the sea prompts thoughts of a life well lived.

When her father dies, a young woman takes over his fishing boat to support her six younger siblings, defying tradition and sparking a rivalry with a competing young captain with whom she falls in love. Digitally restored for its 60th anniversary, this beloved classic comedy glitters again with its striking black and white cinematography by Walter Lassally and its musical score by Manos Hadjidakis. 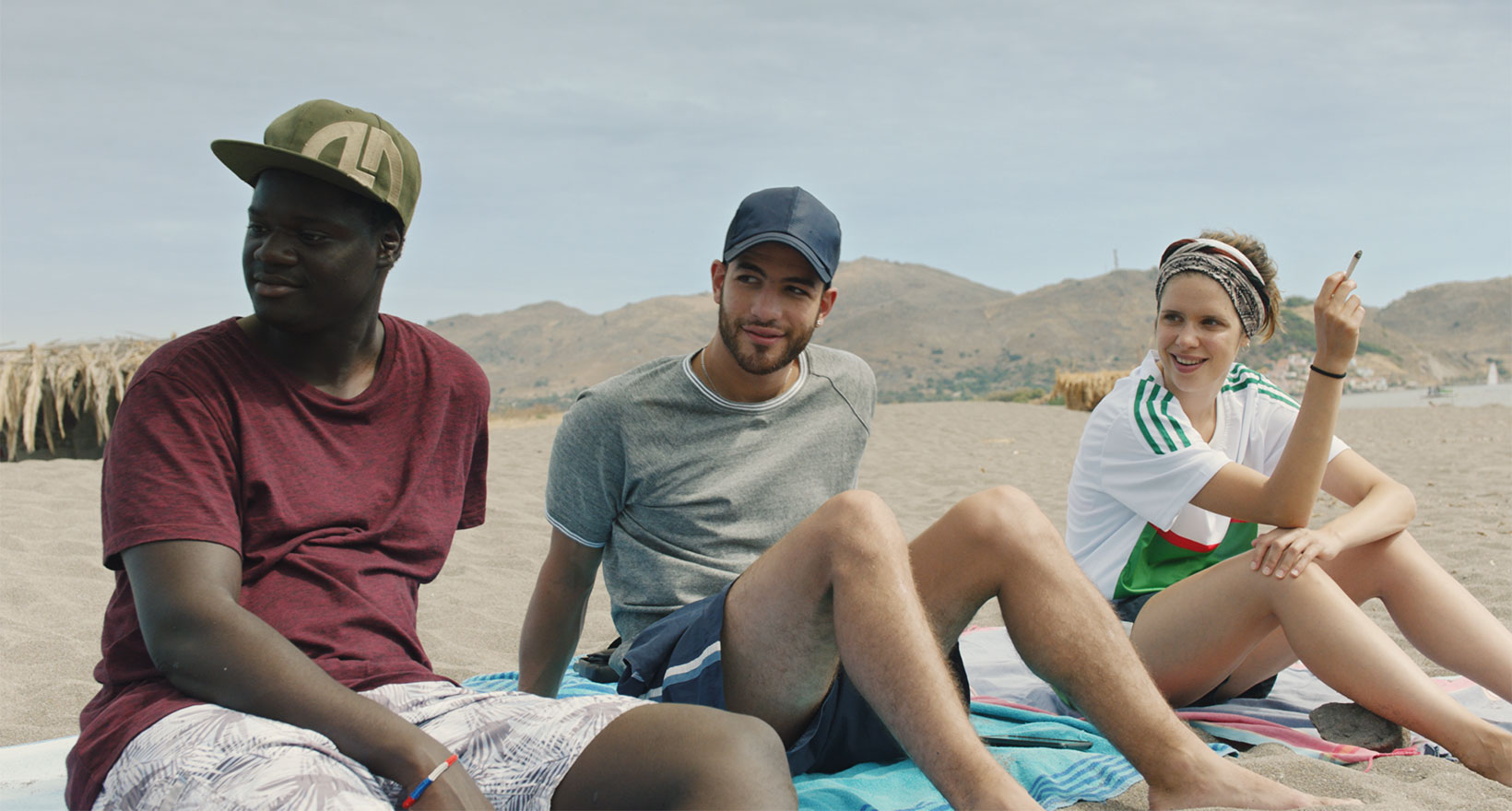 Accompanied by two friends, a young French woman of Greek descent travels to the island of Lesbos to sell her deceased mother’s house and put behind her all that is Greek. A chance encounter with a young Syrian refugee searching for his mother puts the trip on a different course.

Followed by a special message from director Basile Doganis

This film is in French with English subtitles 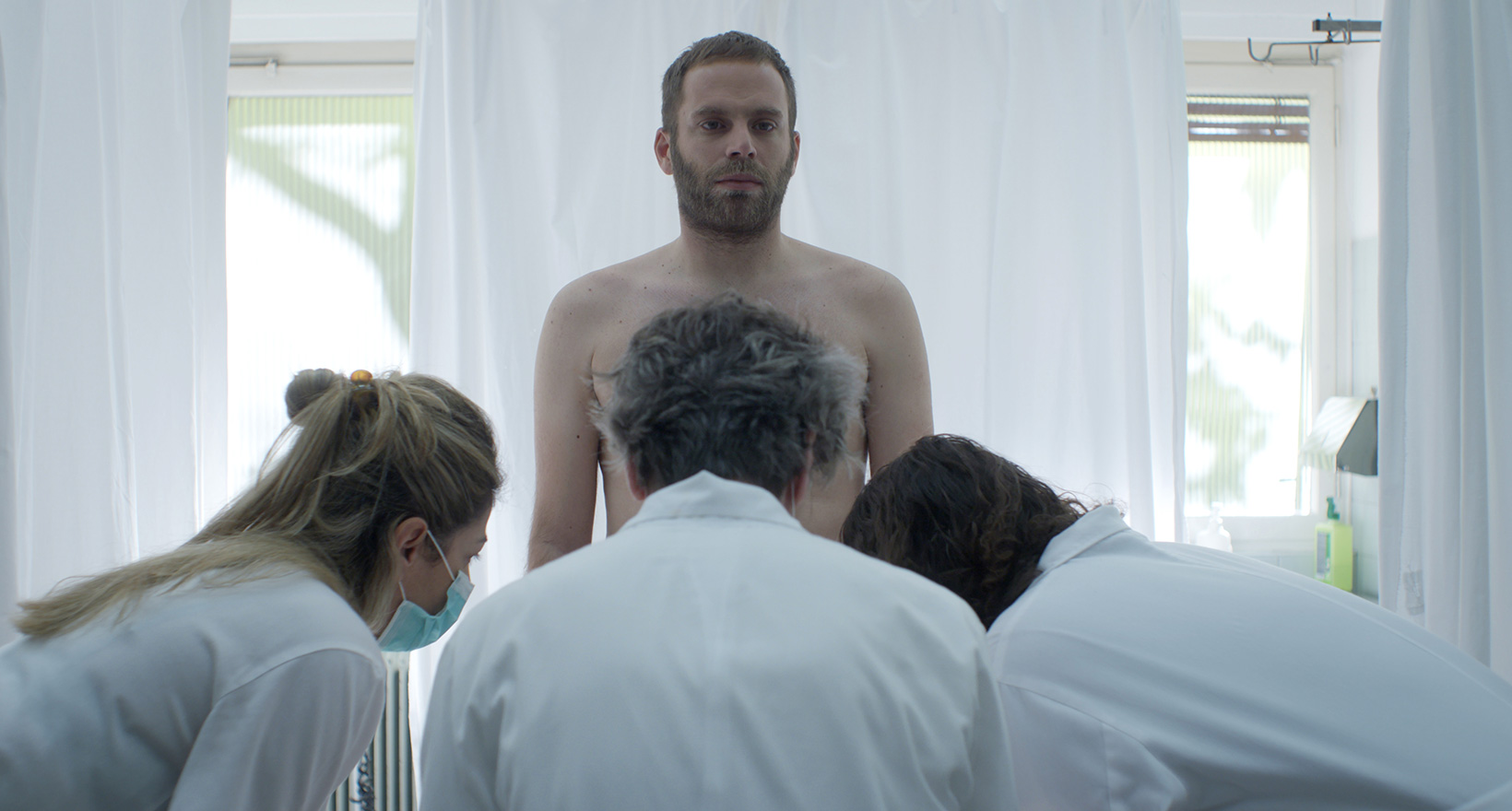 In this droll black comedy, a young womanizer discovers that he is a carrier of a sexually transmitted disease fatal only to women. To help in the creation of a vaccine, he must track down his former partners in hopes of finding the one with the first viral strain.

Followed by a special message from director Giorgos Georgopoulos

The Polis Ensemble performs a traditional song from the island of Kastelorizo. Featuring Katerina Papadopoulou (vocal) and Stefanos Dorbarakis on the kanoon. 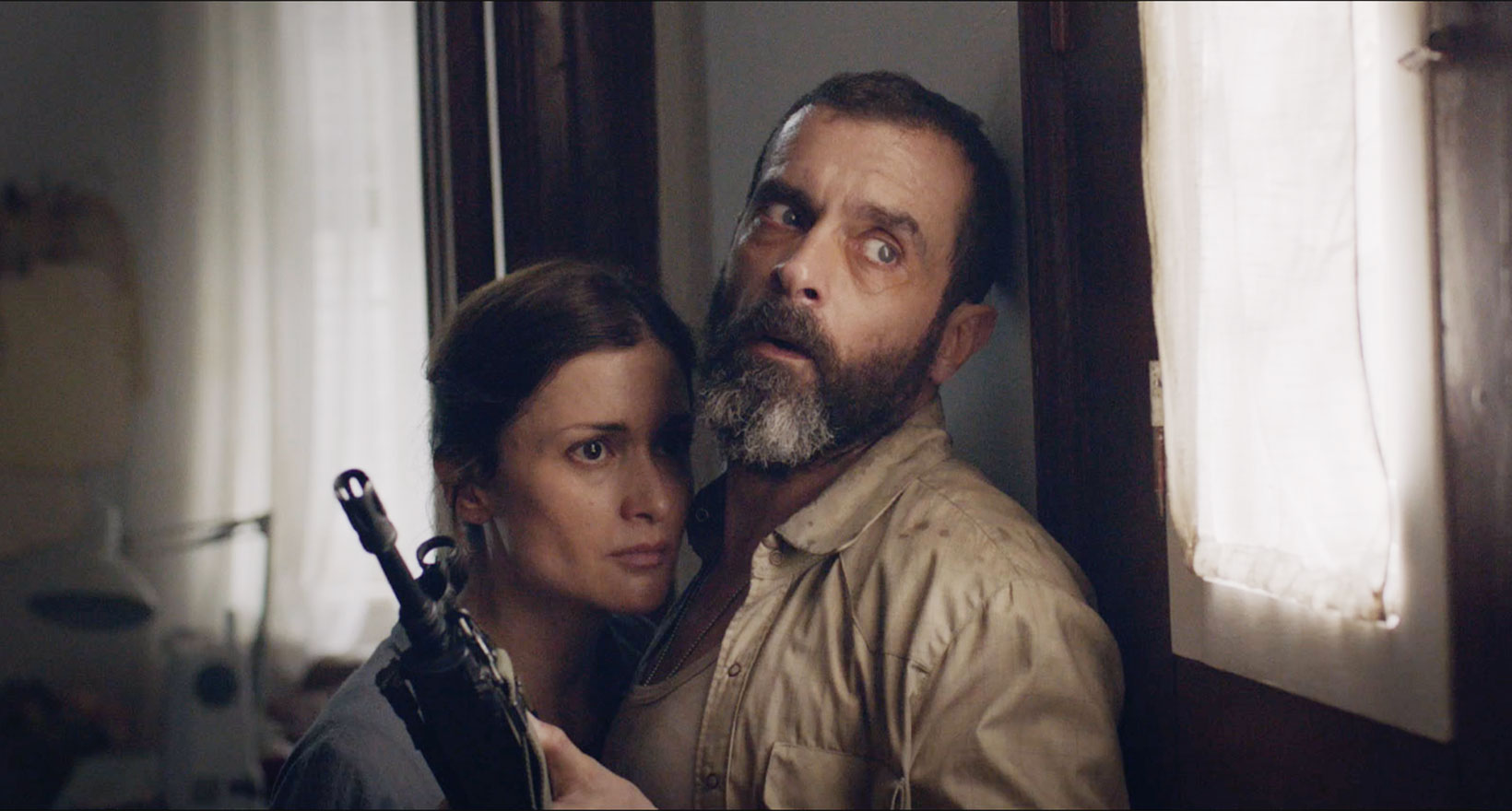 Not far from the buffer zone that divides the city of Nicosia, a desperate father crushed by economic austerity decides to fight to keep his family’s home from being repossessed.

Followed by a special message from director Stavros Pamballis

Facing feelings of loss and separation, a Greek woman recalls places she loved in Istanbul. 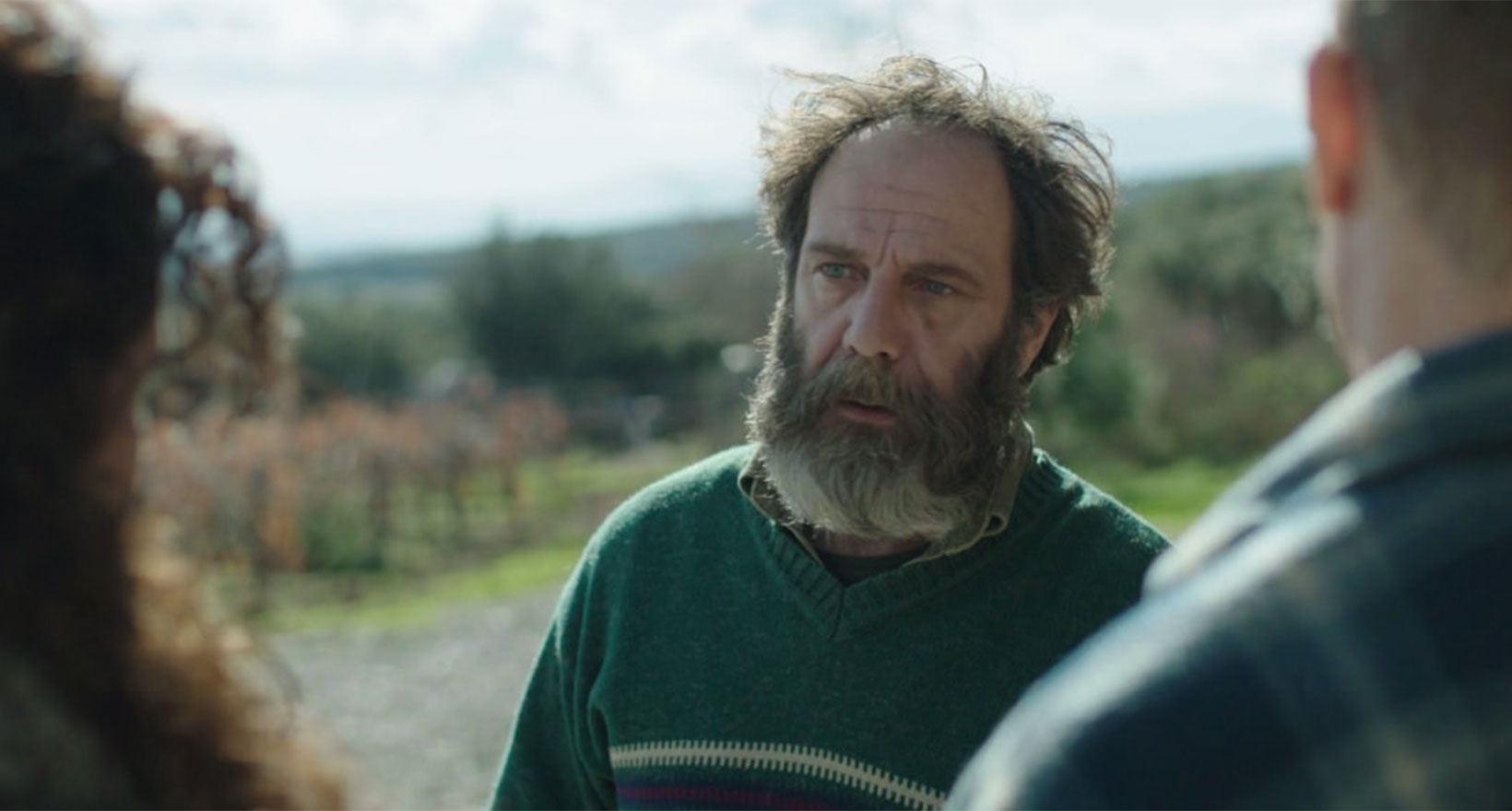 Heavily in debt and struggling to save his relationship with his headstrong daughter, a vintner faces even more trouble when a dangerous fugitive invades his home and takes him hostage. Will circumstances push him, a simple man by nature, to his limits? This suspenseful, tautly filmed drama is thoroughly engrossing.

Followed by a special message from director Tassos Gerakinis

A little girl and boy show a quirky crowd how to have fun at the beach. 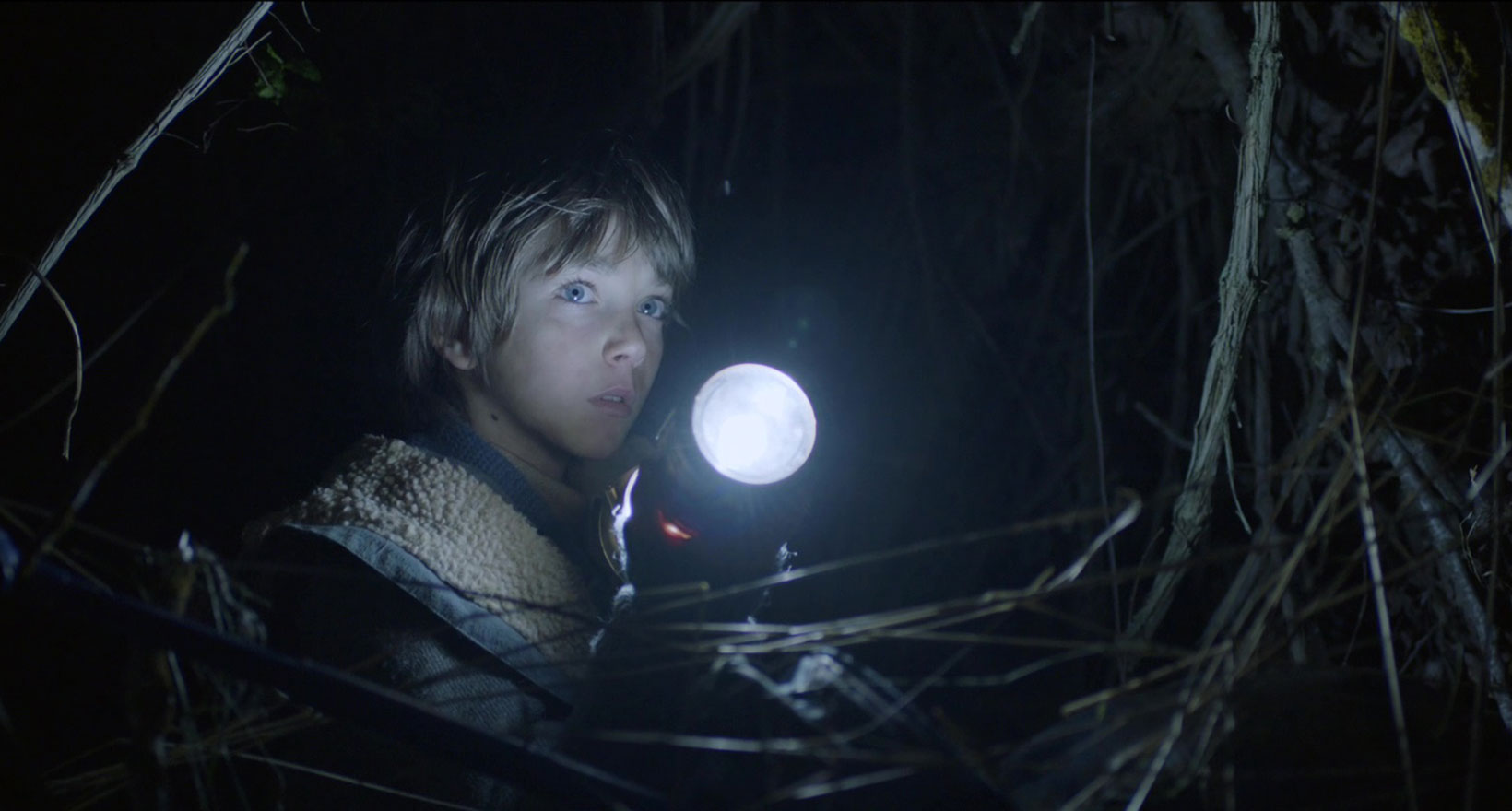 A young boy abandoned by his mother at a country fair takes refuge in the isolated cabin of a mute loner. Gradually the two outcasts form a family, something both have lacked for some time.

“A riveting lead performance of remarkable intelligence and spontaneity and an uncanny, dreamlike mood lend mythic undertones to a lovely, strange tale of a little boy abandoned. Its effect is peculiar and moving and subtly bewitching.” – Variety 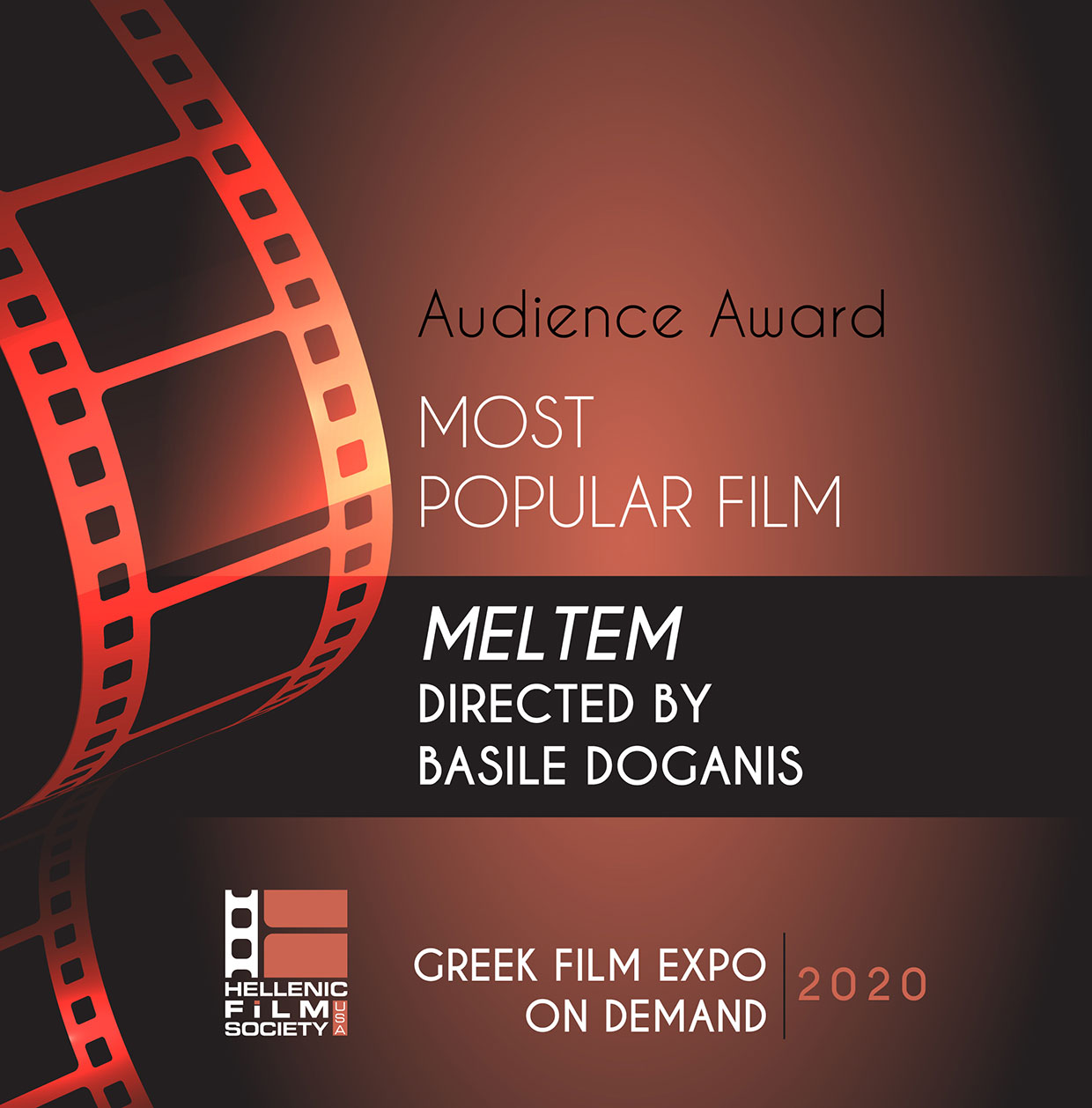 The Audience Award for most popular film went to Meltem, directed by Basile Doganis, a film that skillfully intertwines the story of a young woman coming to terms with her past against the backdrop of the refugee situation in Greece. 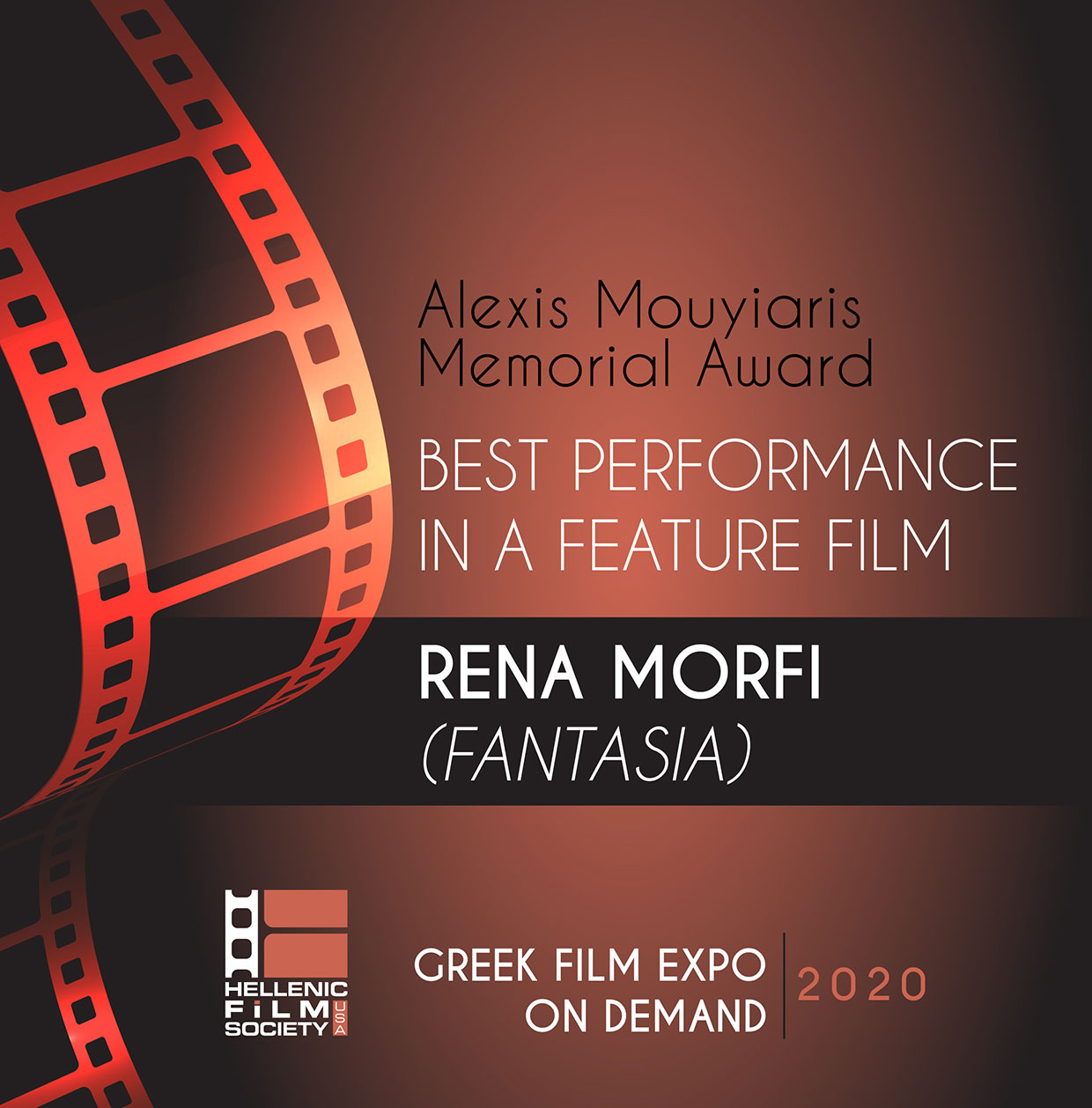 The 2020 Alexis Mouyiaris Memorial Award for Best Performance in a Feature Film went to actress Rena Morfi for her role in Fantasia, a musical drama about a club singer’s rise to stardom in the 1990s. For Ms. Morfi, a popular singer in Greece, this was her feature film debut.
Previous